ABOUT US, Glen Innes Chapel Theatre

GLEN INNES IS FIERCELY PROUD OF ITS CHAPEL THEATRE

Rightly so. This is not just another small cog in some huge multi-national cinema chain. Not at all. Run entirely by volunteers, the Chapel Theatre serves as a model Chapel Theatre Glen Innes for true community-based cinemas and theatres across Australia. Originally built as a Methodist church in 1885, it was purchased in 1983 by the Glen Innes Arts Council Inc. (which, by the way, was formed in 1944 and is the oldest continuing Arts Council in NSW) and converted to a theatre.

Upgraded in feb 2011 with a new, state-of-the-art, 3D Digital Cinema system, The Chapel is the first cinema in NSW (outside Sydney and Canberra) with Dolby 7.1 Sound!
The Chapel Theatre is a brilliant venue and used extensively for local theatre productions, concerts and touring professional groups as well as films and, of course, as a great big overgrown cubby house by "Glenizens" (inhabitants of Glen Innes area).
With seating designed for comfort and view of stage - comfortably padded seats, well-raked so everyone has a clear view, a superb sound system, acoustics that millions of dollars spent on the Sydney Opera House have not been able to better, temperature-controlled comfort and a friendly, welcoming atmosphere (wish we could bottle it!) are just some of the factors which combine to make an evening at the Chapel a most rewarding experience.
If you are visiting, passing through or even if you have been living under a rock in Glen Innes, put a visit to the Chapel Theatre on your 'must-do' list!
SNIPPETS
Did you know that there is a tradition within the Glen Innes Arts Council which has been observed at least since the 1950's?
At every Seniors' night performance, cast and crew, hierarchy and helpers all assist to deliver refreshments (drinks and usually a huge array of yummies) to the patrons at their seats.
It's the little things that go to make such a brilliant atmosphere. 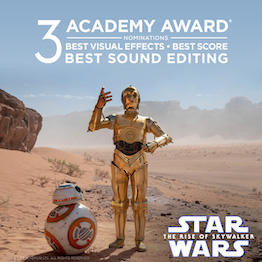